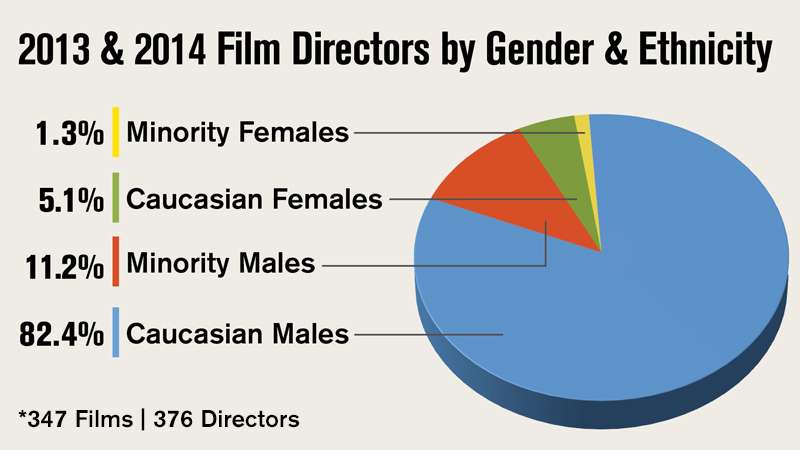 Two-Year Study Reveals Women Account For Only 6.4% of Film Directors – Dropping to Just 3% for Major Box Office Titles.  Warner Bros and Disney hired no female directors at all, despite collectively releasing 53 films in total.

“What this report does not reflect is what people who love film – even our culture as a whole – are missing when such a disproportionate percentage of films are directed by one gender or one ethnicity. Unfortunately, we don’t have a metric for that.” said DGA President Paris Barclay. “What you will see is what happens when industry employers – studios and production companies – do little to address this issue head on. The DGA, by detailing the state of director hiring with the precision of our data, hopes to draw further attention to this serious matter so that industry employers can develop concrete director diversity plans.”